As a priest in the court of the King of Vishnunagar, Tilopa was paid five hundred gold coins every day to teach Buddhist doctrine to a vast number of disciples. Despite the pay, Tilopa was unhappy and distracted, feeling as if his life was meaningless. After the king refused to let him resign, Tilopa decided to escape. He traded his monastic robes for the tattered rags of an ascetic and walked to Kanchi where he lived in a charnel ground and diligently practiced meditation. He sustained himself only on the small amount of food he received from begging in the town. One day, while walking on the road into town he met a man named Naropa who became his devoted disciple.

After many years of spiritual practice Tilopa achieved supreme realization, feasted with the gods, and gained many special attainments. He taught for many years and selflessly established innumerable students on the path to enlightenment and eventually rose into the Dakini's paradise. 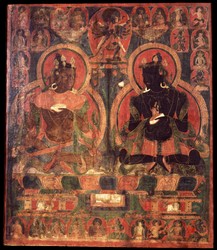 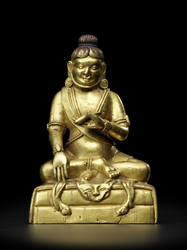 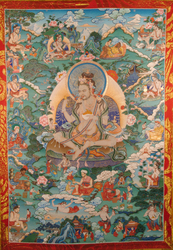 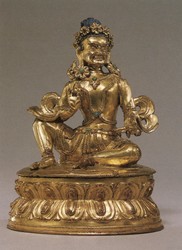 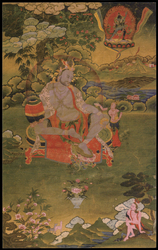 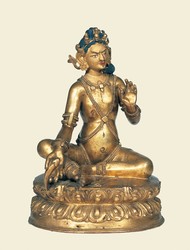 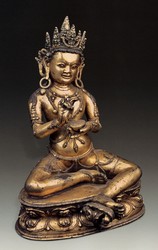 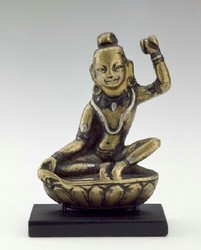 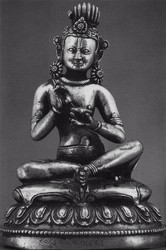 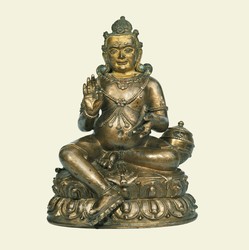 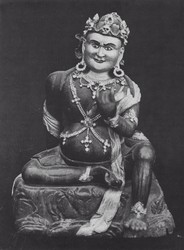 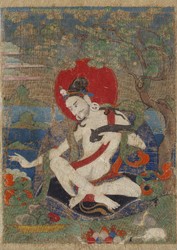