Draba Ngonshe (11th century) has been credited with being the originator or discoverer of the Four Medical Tantras as 'Revealed Treasure.' Yutog Yonton Gonpo the Elder (8th century) is believed by some Tibetan historians and religious scholars to be the author. Yutog Yontan Gonpo the Younger (12th century) is acknowledged as the author of the Yutog Nyingtig 'Revealed Treasure' which teaches a system of meditation on the deity Hayagriva with retinue along with a number of accompanying protector deity practices. The Four Medical Tantras and the Yutog Nyingtig Cycle of meditations became linked together over the centuries within the Nyingma Tradition and then firmly institutionalized as essentially inseparable by the 3rd Desi, Sanggye Gyatso, of the Gelug Tradition, in the 17th century.

Desi Sanggye Gyatso is credited with the authorship of a large commentarial text and history of the Tibetan medical tradition. He also sought to synthesis and standardize the various family medical traditions bringing them together under one authoritative text known as the Blue Beryl.

There are a number of existing Tibetan medical traditions that do not accept the Blue Beryl as the final word - authoritative or orthodox. The Bon religion maintains a separate tradition as do the Karma Kagyu and a number of independent family traditions. 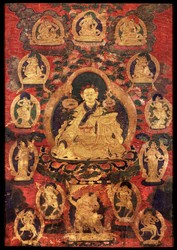 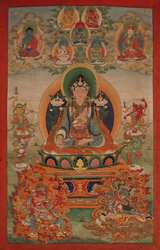 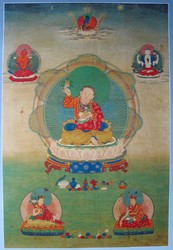