The Chittamani Green Tara (Sanskrit: cittamani) originates with the pure vision experiences of Lobzang Chokyi Wangchug (1765-1792 [P295]) and belongs to the cycle known as the Thirteen Pure Visions of Tagpu. In the 19th and 20th centuries the practice was expanded upon and popularized by Tagpupa Pema Vajra (Jampal Tenpa'i Ngodrub, 1876-1935 [P231], see biography) and Pabongkha Dechen Nyingpo (1878-1941 [P230]).

Chittamani should not be confused with another form of Tara with a similar but different Sanskrit name; the Tara known as Chintamani White Tara.

The importance of Chittamani is highlighted by the inclusion of Yoganiruttara (Anuttarayoga) Tantric theory and visualization techniques such as with the addition of a complex body mandala.

Chittamani Tara is identical in appearance to the standard Green Tara depictions described in the ritual texts of Atisha, Bari Lotsawa, Nyen Lotsawa and others. However, the Chittamani lineage teachers maintain that while the other traditions describe Tara as holding only a single blue utpala flower, their tradition of Tara holds an utpala flower in each hand. This is the only visual difference and a unique characteristic of Chittamani as maintained by the lineage teachers.

It must be noted that there are many examples of Green Tara paintings from early on that display two utpala flowers, one in each hand. In art, this is not a unique characteristic but rather common place and normal.

At this time all of the examples of Green Tara below are selected from the general collections of late paintings, 19th and 20th century, only to serve as examples of how Chittamani Tara is described in the ritual texts. None of the individual examples can be said or claimed to be definitively representative of Chittamani Green Tara or belonging to the special Tagpu tradition of the Gelug school of Tibetan Buddhism.

(The images below are only a selection of examples from the Green Tara Main Page). 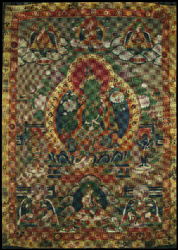 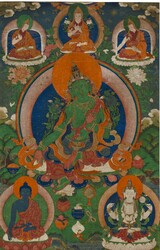 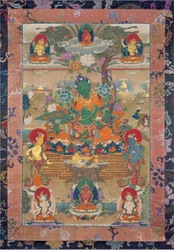 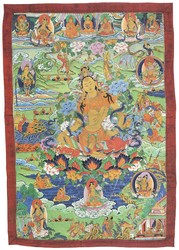 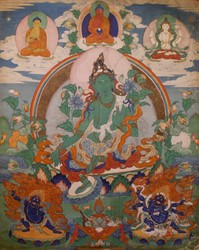 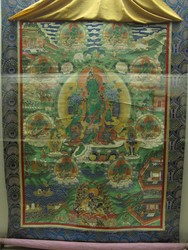 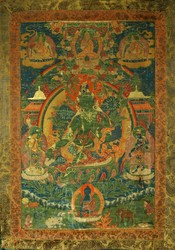 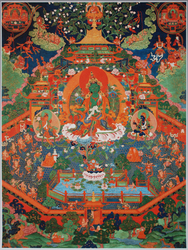 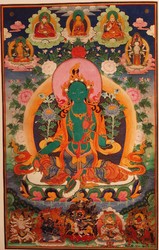