The Padma Ishvara of Sakya and the 'Very Secret' (yang sang) of Sera monastery are essentially identical in appearance. The Hayagriva from the group of the Eight Pronouncement deities is sometimes referred to as Padma Vag (pema sung), Padma Ishvara (pema wangchen), or Padma Heruka (pema drag tung).

A sixth type of Hayagriva with wings has been added based on painting #65567. With three faces and six hands he holds a long snake in a similar manner to Mahachakra Vajrapani. Two hands held upraised grasp a hook and lasso. The lower pair of hands each hold a yellow coloured severed human shaped head. 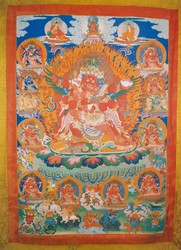 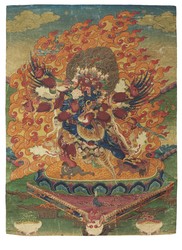 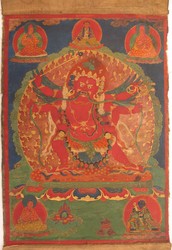 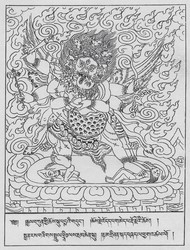 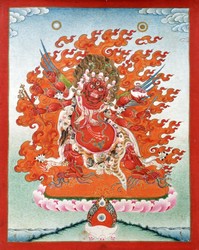 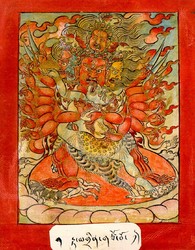 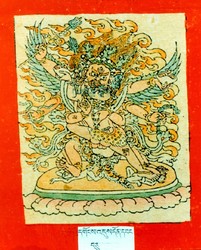