The Panchen Lama line of incarnation (tulku), belonging to the Gelug Tradition of Tibetan Buddhism, was started by the Fifth Dalai Lama in 1667. Regarded as emanations of Amitabha Buddha their principal seat of power is the Tashi Lhunpo monastery at Shigatse in Tsang Province.

The monastery of Tashi Lhunpo was founded by Gendun Drub, who was later to be posthumously acknowledged as the 1st Dalai Lama. It was the tradition of the monastery that each successive abbot have the title of Panchen. After the time of Lobzang Chokyi Gyaltsen, the 5th abbot, the title of Panchen became the official name of his successive reincarnation lineage. Three previous abbots of Tashi Lhunpo were also posthumously named Panchen incarnations.

There are two systems commonly employed for numbering the Panchen Lamas. The first and earliest system used by the Ganden Podrang and Lhasa administration begins with Panchen Chokyi Gyaltsen (1570-1662), teacher of the 5th Dalai Lama as the 1st Panchen Lama. The second system which arose later likely in the late 18th and 19th centuries with the Panchen Labrang of Tashi Lhunpo begins with Kedrub Geleg Pal Zangpo (1385-1438) as the 1st Panchen Lama. Kedrub was a direct student of Tsongkapa. The followers of the Panchen Lama, Tashi Lhunpo Monastery and the Chinese Governmennt follow the Panchen Labrang manner of counting. The Ganden Podrang and many if not all Western scholars have used the earlier system beginning with Chokyi Gyaltsen as the 1st Panchen. It is now common to find in publications and literature both numbers side by side to remove any confusion as to the correct Panchen that might be referenced. There is certainly a degree of politics as to how and why the two competing systems have developed and who adheres to which system.

There are also several lists naming the various pre-incarnations of the Panchen Lama. The longer lists include Padmasambhava and Jowo Atisha. In the [1] first and shortest list only four Indian teachers are included: Subhuti, Yashas, Bhavaviveka and Abhayakara Gupta. In the [2] second list Padmasambhava and Atisha are added for a total of six Indian pre-incarnations. In the third and longest list a further four Indian teachers are included. At least two of those are mahasiddhas with one identified as Ghantapa. 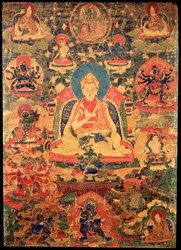 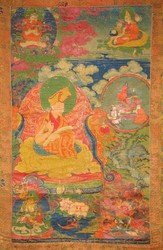 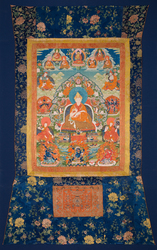 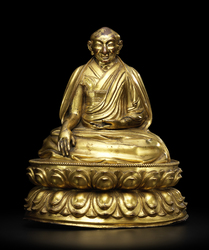 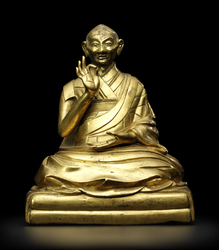 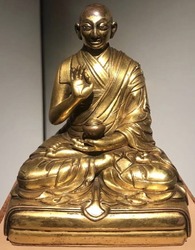 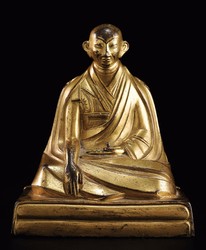 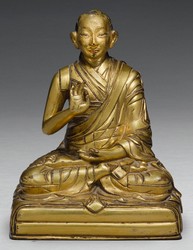 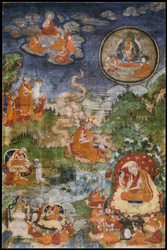 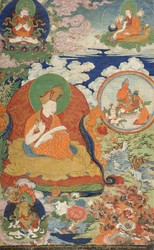