Vaikuntha Kamalaja (Vasudeva Kamalaja, Ardhanari Vishnu), a popular deity of Nepal and Kashmir, is half male and half female. The deity is Vishnu and Lakshmi combined with the male half on the right side and the female half on the left side. In a peaceful appearance, s/he has one face and eight arms and stands with the two legs together. The four right hand hold a wheel, conch, mace and lotus. The four left hold a vase, mirror, book and lotus. Some image have a small Garuda as a mount supporting the legs of the deity or placed in front. Although eight arms appears to be the most common iconographic form there can also be four armed and other variations. 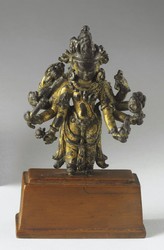 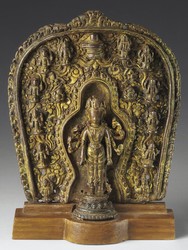 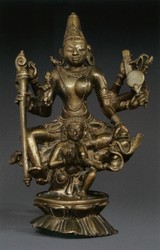 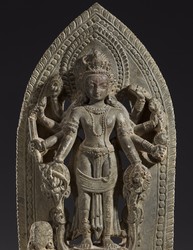 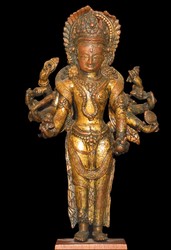 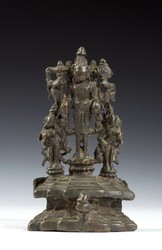