The collection includes a good cross-section of the principal meditational deities found in Tantric Buddhism. There are many representations of the three principal forms of deities: [1] peaceful, [2] semi-peaceful semi-wrathful, and [3] wrathful.

Each of the central figures represented in the compositions below functions as a meditational deity originating in the Tantric literature of Buddhism, as opposed to the Sutra literature. In addition to the general function some of the deities have more specific functions such as White Tara and Ushnishavijaya for long-life, Maitreya and Prajnaparamita for wisdom and Green Tara protecting from fear - the fear of rampaging elephants.

The Tantric literature that gives rise to the various figurative forms is also organized into four classifications of Tantric hierarchy: Kriya, Charya, Yoga, and Anuttarayoga. The complex visual forms of the Anuttarayoga Tantra deities such as Hevajra, Guhyasamaja and Vajrabhairava are personifications of elaborate and detailed Tantric theory. They usually are dominated by a single metaphor which relates to their individual appearance. The numbers of heads, arms and attributes in the hands are part of an equally elaborate mnemonic (memory) system which encapsulates and compresses an entire Tantric text and philosophy into a single deity image. (See Metaphor & Simile in Tantric Imagery). 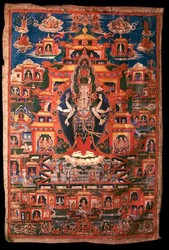 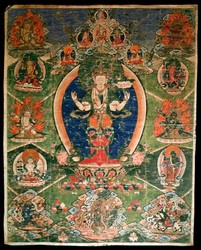 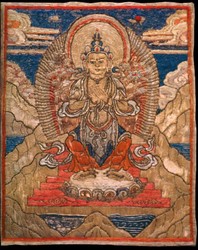 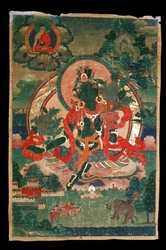 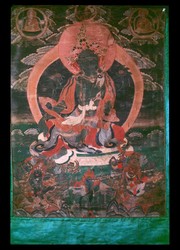 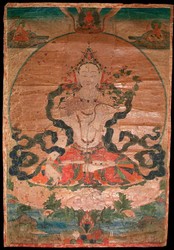 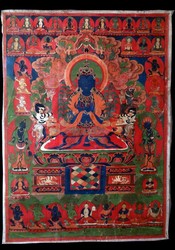 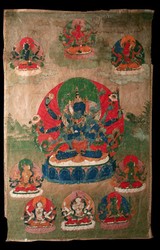 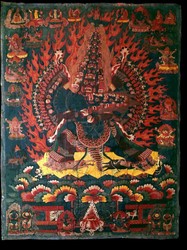 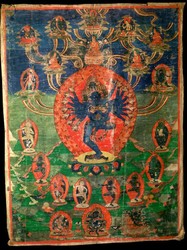 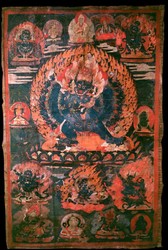 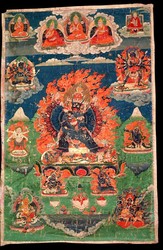