Saraha was a brahmin arrowsmith and the Vajrayana teacher of Arya Nagarjuna and others. He popularized the Chakrasamvara and Guhyasamaja cycles of practice and taught a series of mystic mahamudra songs known as the King, Queen and People's dohas.

Saraha is recognized by long hair and beard, often white in colour, and an arrow held in the two hands. He sits in a relaxed posture and wears lay clothing. Sometimes Saraha is depicted in siddha appearance with a skull crown and bone ornaments. If the hand attributes are missing he will then appear similar to Brahmanarupa Mahakala. Saraha is included among the identifiable siddhas because of the arrow he holds. This is a unique attribute and not confused with any other siddhas from the five or more systems of the Eight-four Great Mahasiddhas or the system of the Eight Siddhas. 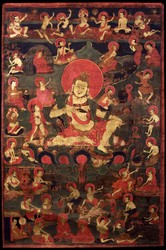 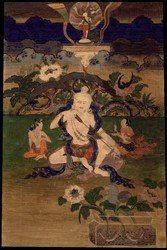 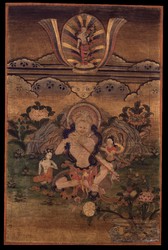 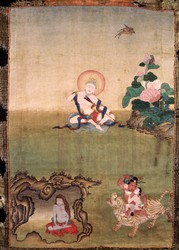 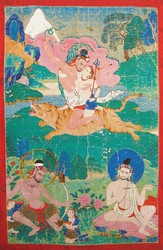 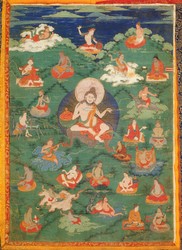 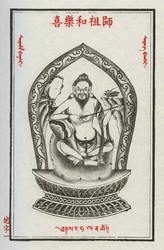 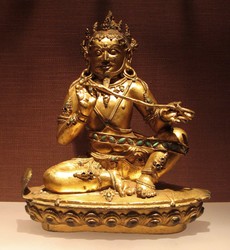 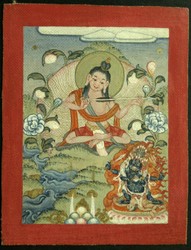 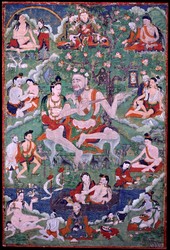 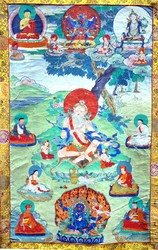 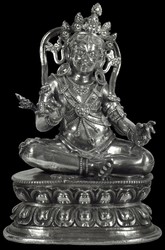