Avadhutipa is not typically ever depicted alone. All sculpture and paintings of the mahasiddha belong to much larger sets of figures depicting all of the Lineage teachers of the Lamdre Tradition. There are verses of praise directed to Avadhutipa but there are no Guruyoga practices or rituals focused directly on him as the central subject.

The term 'avadhutipa' or 'awadhutipa' refers to a mendicant, someone who has given up all worldly goods and concerns. It is intended as a title but come to also be used as a name by a number of different Indian mahasiddhas. (See the glossary of Titles & Honorifics). 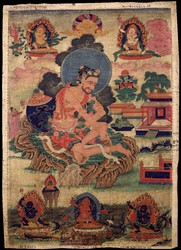 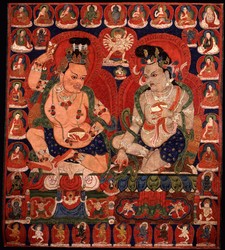 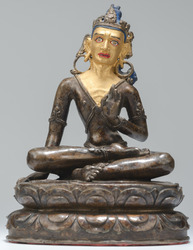 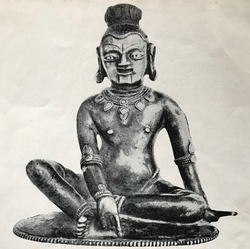 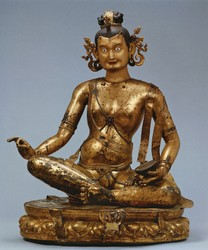 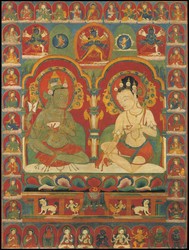 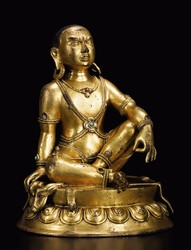 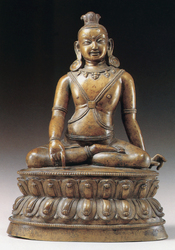 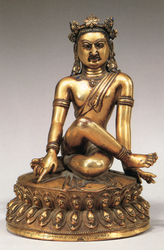 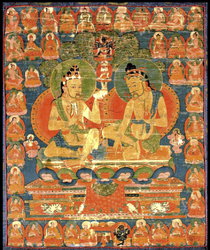 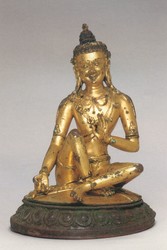 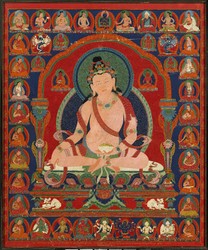