These Tibetan worldly protectors belonging to the 'Tsen' classification have been grouped together here because they each look almost identical in appearance. There is no traditional Tibetan grouping for these figures except with Dorje Setrab and Tsiu Marpo joined by Dorje Shugden. They are known collectively, within the Sakya Tradition only, as the Three Kings.

The two, Kache Marpo and Yamshu Marpo, are typically depicted as minor figures, not central and larger, in a composition. Kache Marpo was popularized by the 5th Dalai Lama in the 17th century. Yamshu Marpo is more commonly associated as a retinue figure in the entourage of Tsiu Marpo.

'Tsen' figures typically appear as a Tibetan warrior, red in colour, with one face and two hands. They wear a helmet and armor and ride a atop a horse, often red in colour.

There are at least four Bon 'Tsen' deities that are easily confused with the Buddhist 'Tsen' figures: Dragpa Gyaltsen, Tsen Apse, Magpon and Sangtsen Nyenpo. 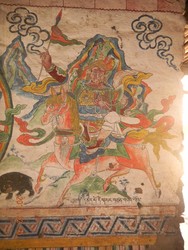 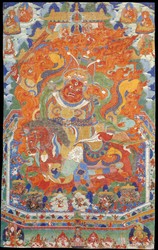 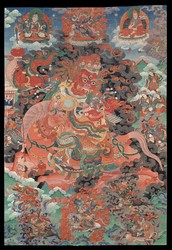 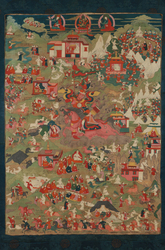 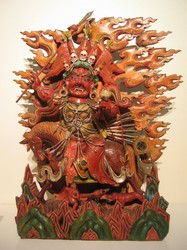 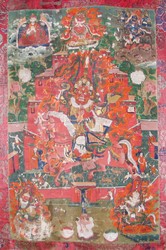 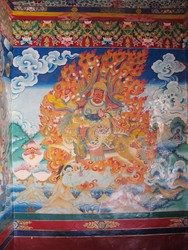 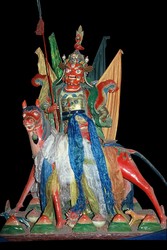 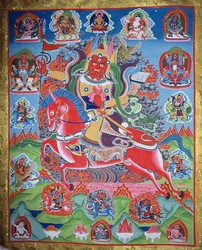 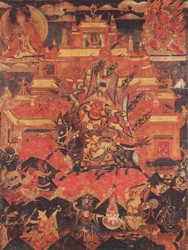