Iconography:
- Associated with Hayagriva as the principal Ishtadevata
- Male, one face, two arms
- Warrior appearance, red in colour
- Holding a lance and a lasso, sometimes a heart
- Riding a red horse
- Accompanied by a red dog
- Accompanied by six brothers in similar appearance

Tsiu Marpo is a Tibetan worldly god, Warrior Class (drala), that functions as a Buddhist protector deity. The practice was popularized by the teacher Ngari Panchen Pema Wangyal (1487-1542 [P1669]). Ngari Panchen was a teacher originating from Mustang, Nepal, and he principally practised the Nyingma and Sakya Traditions. He popularised the cult of the protector deity Tsiu Marpo which was likely an adaptation of the local Bon mountain protector unique for the town of Lo Monthang called Tsengo Dragpa Gyaltsen. The mountain is located due west of the Mustang capital and Dragpa Gyaltsen remains to this day the special protector deity to the Mustang royal family. As a Terton, the principal 'Terma' Revealed Treasure cycle of Ngari Panchen is known as the Ngarpan Terdzo.

According to popular accounts, Tsiu Marpo became known as the special protector of Samye Monastery in the 17th century after the long time protector of the monastery, Pehar Gyalpo, moved to Nechung next to Drepung Monastery just outside of Lhasa. The practices of Tsiu Marpo as a Buddhist protector have now been adopted by almost all of the traditions of Tibetan Buddhism.

The appearance of Tsiu Marpo is easily confused with several other deities both Buddhist and Bon: Dorje Setrab, Kache Marpo, Yamshu Marpo, Tsen Go of the Cho Tradition, and Tsengo Dragpa Gyaltsen of the Bon Religion. (See the 'Tsen' Protectors page). 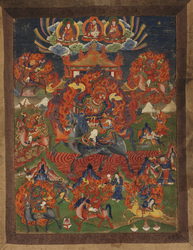 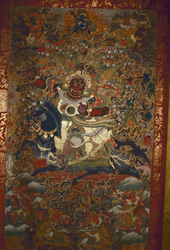 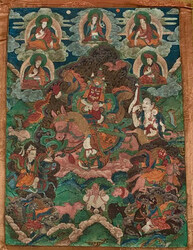 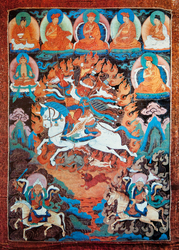 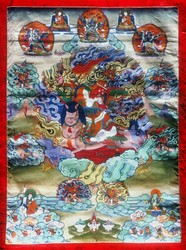 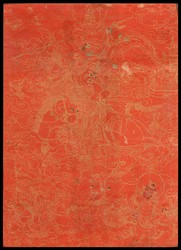 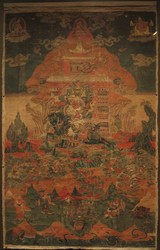 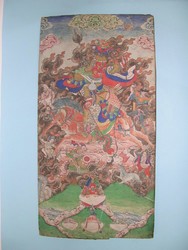 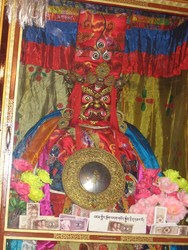 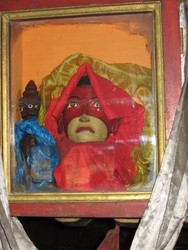 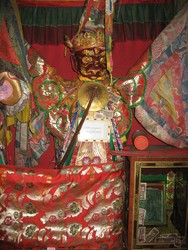 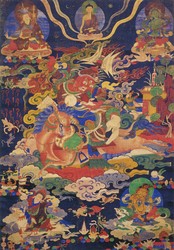