Sipai Gyalmo (Queen of the World) is both a meditational deity and a protector. She has six principal manifestations (white, yellow, red, black, blue and dark brown) and twenty-eight retinue attendant figures.

The Queen of the World is both a meditational deity and a protector. She is one of the most frequently propitiated figures in the Bon religion, and extends her protection to both religious practitioners and common people. Though horrific and wrathful in form she embodies the qualities of wisdom and compassion. Embroidered works of art such as these were commonly commissioned by Tibetans although made in China. 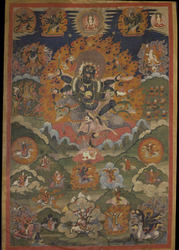 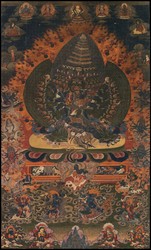 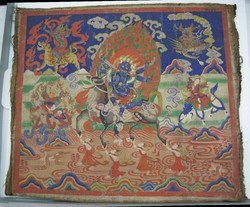 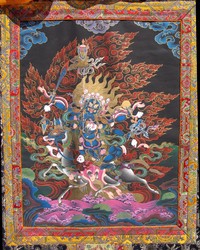 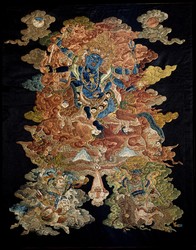 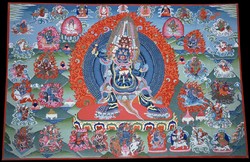 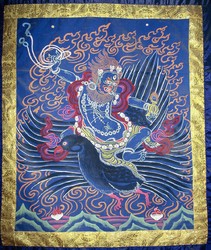 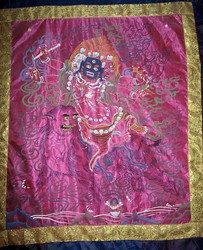 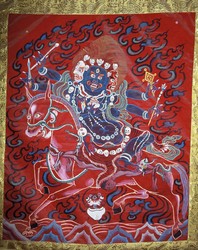 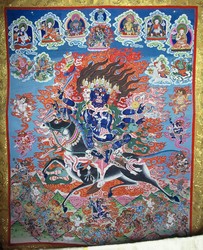 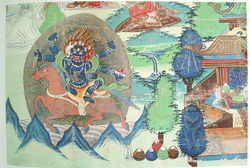 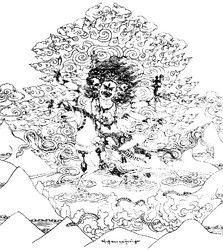