- Video: A Question on Jataka Tales

There are hundreds of Jataka (जातक Jātaka) Tales that describe the events and various previous births of Shakyamuni Buddha. In the Tibetan Buddhist Tradition the vast majority of painted depictions focus on either the Thirty-four tales or the longer - One Hundred Jataka Tales. The collection known as the Thirty-four Jatakas are included as the first series in the One-hundred Jatakas. It can sometimes be very difficult to distinguish the difference between a Jataka and an Avadana painting. 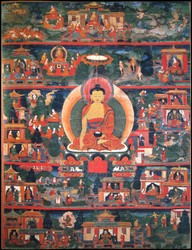 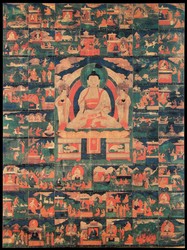 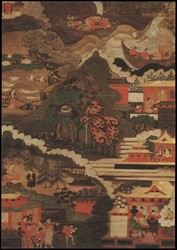 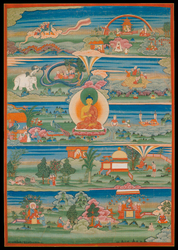 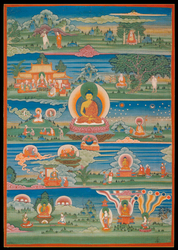 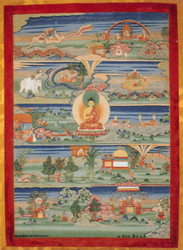 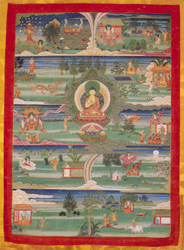 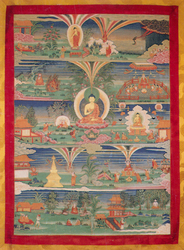