In a single sculptural example Vairochana Buddha is depicted wearing boots in a similar manner to early Tibetan kings. Buddhas wearing shoes or boots is very unusual. Figures that commonly wear boots are the the Buddhist Elders (sthavira/arhats) depicted in a Chinese style. They can worn on the feet or removed and placed neatly in front of the seat or throne. The Four Guardian Kings, Tibetan kings, and the famous teacher Padmasambhava are all commonly attired in heavy layered robes and felt-like boots.

(The images below are only a selection of examples chosen from the links above). 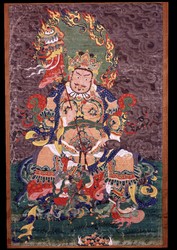 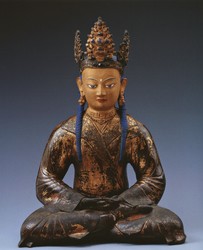 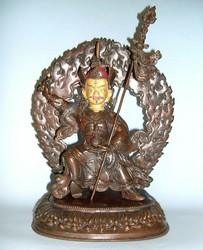 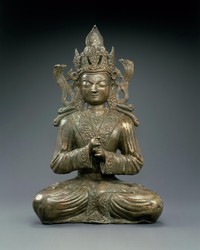 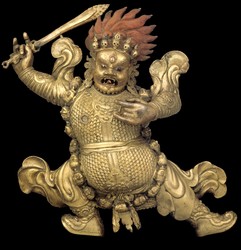