There are a number of important figures of the distant and recent past that are associated with the sword and the book or typically have the attributes of the sword and the book in their standard iconographic depictions. In the Mahayana sutra literature Manjushri is a bodhisattva concerned primarily with the pursuit of knowledge and wisdom. In the Vajrayana tantra literature Manjushri is a meditational deity with the primary activity of removing ignorance and promoting knowledge, wisdom, eloquence, and composition. The sword represents wisdom severing ignorance and the book, the essence of the Prajnaparamita, represents wisdom.

Some of the teachers listed above are regarded in a religious context as emanations of Manjushri. For many of the teachers the sword and book are only symbols that represent scholarship and often signify the creation of a large body of written works across all Buddhist subjects and sciences. In comparison teachers that hold the very common attributes of the vajra and bell indicate that they are specialists in tantra. Hand attributes are often symbolic and not indicative of a relationship with a specific deity.

There are no rules as to proper hand gestures and placement when displaying the sword and book. A number of teachers such as Sakya Pandita and Tsongkapa perform the teaching gesture with the two hands while holding the stems of two flower blossoms topped with the sword and book. It is very likely that later teachers with the same gesture were inspired by and borrowed from the early images of Sakya Pandita and the later guruyoga ritual text written by Yagton Sanggye Pel (1350-1414 [TBRC P7997]). Longchenpa Drime Ozer has both hands extended across the knees.

In more recent times with the depictions of teachers such as Jamyang Khyentse Wangpo it has become popular to display both the attributes of the sword and book and the vajra and bell. 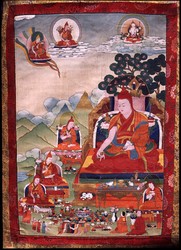 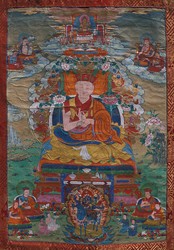 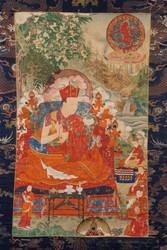 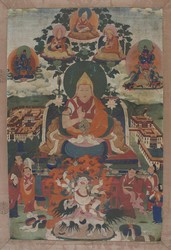 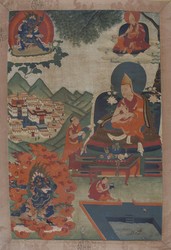 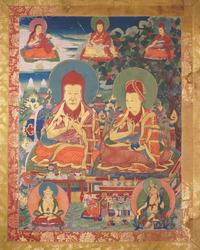 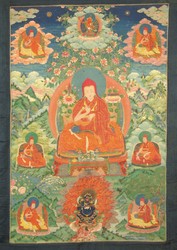 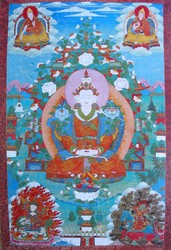 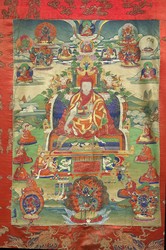 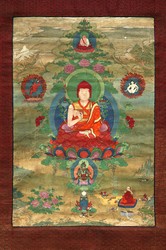 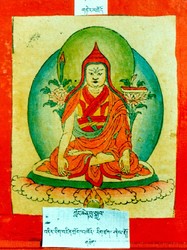