There are only four historical teachers popularly known to have had animal pre-incarnations: Shakyamuni Buddha, Dromton, the Dalai Lamas and the Desi Sanggye Gyatso.

The animals associated with Shakyamuni Buddha and the Jataka stories are twelve in number: tigress, rabbit, fish, quail, geese, monkey, sharabha deer, ruru deer, monkey king, elephant, buffalo and a woodpecker. There are fourteen stories in the Avadana collection with some of the narratives overlapping with the Jatakamala stories.

The Dalai Lamas are believed to be incarnations (tulku) of Dromton Gyalwa'i Jungne, therfore all of the animal incarnations from the Kadam Legbam also apply to the Dalai Lama incarnation lineage. The two well known animals are a rabbit and a parrot.

The Desi Sanggye Gyatso has a horse as one of his pre-incarnations.

Animals of the Avadana Stories:
(29) The Elephant Dhanapala, a story about cause and effect; the Buddha subdues the mad elephant driven forward by the hatred of Devadatta.
(31) Golden-Sides, the Deer Suvarnaparshva, a story about wisdom & a deer who became a bodhisattva.
(34) The Nagas Nanda and Upananda, Maudgalyayana subdues two troublesome nagas.
(56) Subjugation of the Naga Gopapala, a story of discipline and strength.
(60) The Naga Kumara's Request, the Buddha visits the Naga realms.
(76) The Sea Monster Vidura, the results of past and future actions.
(86) The Partridge's Power of Virtue
(95) The Tigress: The Karma of Generosity. The continuation of the story of the Buddha in a former life giving his body to a starving tigress.
(96) The Compassionate Elephant. An elephant saves 500 wicked men.
(97) The Tortoise's Gift. A turtle saves 500 merchants from drowning after a ship wreck.
(99) King Padmaka's Wishing Prayer. A story of healing. The Buddha in a former life prays to be reborn as a fish.
(100) Punyaprabhasa and the Karma of Desire, the story of an elephant is used as an example in a teaching on rampant desire.
(102) The Compassionate Lion, the heroism and friendship between a lion and an elephant.
(104) The Rabbit's Selfless Offering, a rabbit sings the praises of a reclusive forest lifestyle and then jumps into a bonfire. 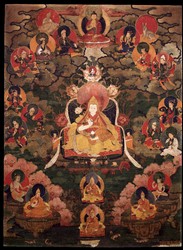 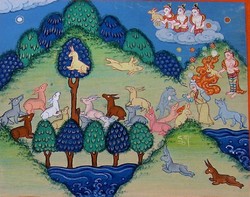 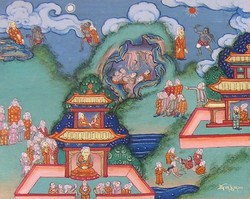 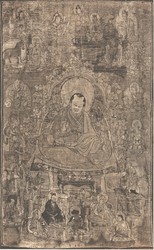 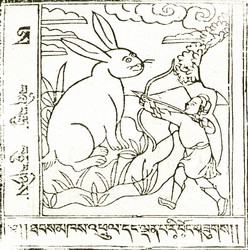 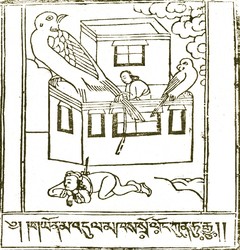 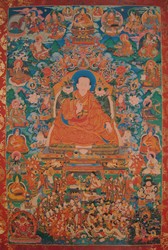