Nagas are believed to be a type of sentient being belonging to the animal realm and often depicted in the Wheel of Life paintings based on Abhidharma literature. The three main topics related to nagas are [1] decorative elements, [2] wrathful ornaments in iconography and [3] deity related.

There are a few human teachers that are known for snake or naga attributes in their iconographic presentations. Arya Nagarjuna, of Madyamaka fame, typically is depicted with a hood of seven snakes. Dombi Heruka holds upraised in the right hand a snake lasso. Nagaraja Buddha who originates from the descriptions of the Thirty-five Confession Buddhas also has a hood of seven snakes.

The Eight Great Nagas are the leaders of the different races of nagas. They are sometimes depicted as secondary figures in paintings of Shakyamuni Buddha when giving teachings. The eight have names and associated colours in Tantric theory. They are also imagined as snake ornaments on the body of wrathful Krodha Vajrapani.

For a figure such as Bhutadama Vajrapani, he is adorned with eight great nagas in the form of snakes. The first naga is small and blue, tied in a tuft of the hair at the top of the head. For the two earrings a pair of yellow nagas looped through the pierced ears and entwined to form a circle. For the short necklace a red naga, long necklace as a Brahmin’s cord – white, belt – white, bracelets on the two arms of the hands performing the demon subduing gesture at the heart – mercury coloured, bracelets on the arms extended to the sides – white, and finally for the ankles – red. Each of the nagas is marked with small black spots which are an indication of virulent poison. 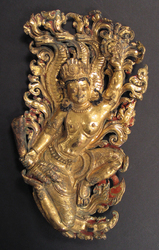 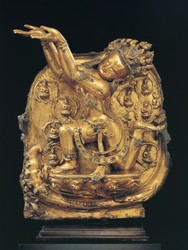 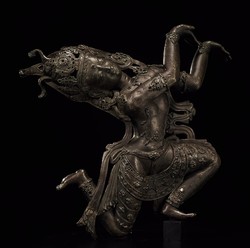 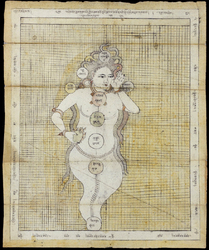 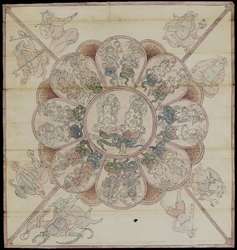 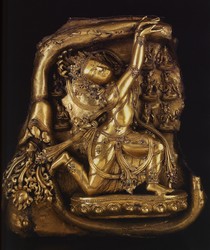 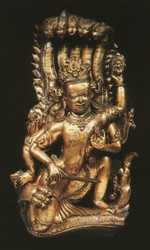 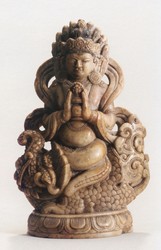 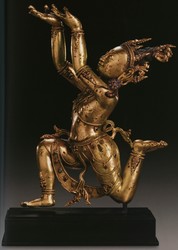 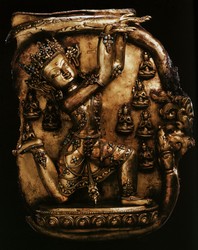 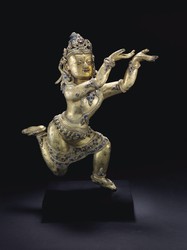 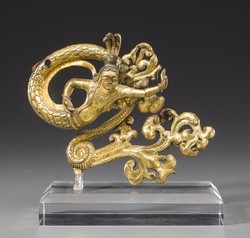