Khasarpana (Khasarpani), meaning 'sky flyer' in Sanskrit is also written in Tibetan language texts as Khasarpani. The term refers to several types of iconographic figures. The first type is a generic peaceful male subject with one face, two hands, white in colour, the right hand in a gesture of generosity, holding a lotus stem in the left hand. Often there is a seated Amitabha Buddha in the crown and a krishnasara deer skin over the left shoulder. The hand and arm positions can be varied and the sitting posture relaxed in a variety of postures.

Another common type of Khasarpana figure is similar to the description above but more exacting in the appearance and posture. This type is iconographic and specific in appearance based on Tantric literature. Khasarpana can be solitary or part of a five or thirteen deity configuration. The Tropu Lotsawa tradition depicts Khasarpani in the same appearance as Lokeshvara 'Resting in the Nature of Mind.'

The Sadhanasamucchaya has two forms of Khasarpana. The first (folio 44) clearly states that it is extracted from the Sarva Durgati Parishodhana Tantra, belonging to the Yoga Class of the four Classes of Tantra: Kriya, Charya, Yoga and Anuttarayoga Tantra. 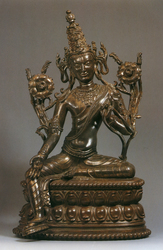 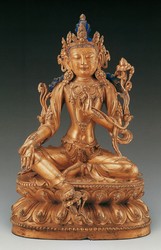 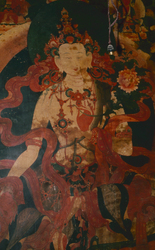 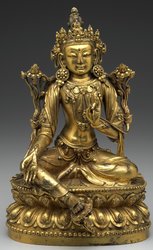 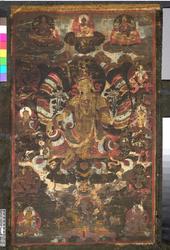 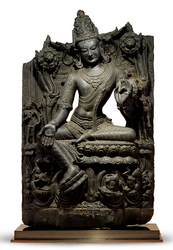 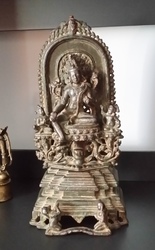 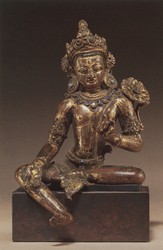 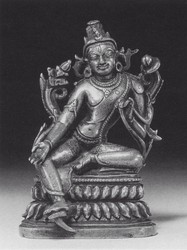 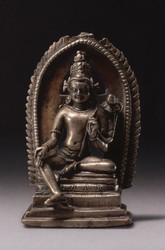 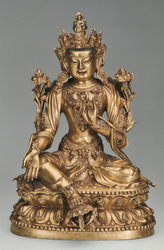