The Guhyagarbha describes two basic mandala configurations - one of forty-two peaceful deities and another of fifty-eight wrathful deities - combined they are the One Hundred Peaceful & Wrathful Deities. There is a clear organization and a structured hierarchy in the Tantra and two mandalas.

There is also a clear relationship between the deities of the Guhyagarbha Tantra and the various Tibetan Buddhist traditions of the Bardo Todal (Tibetan Book of the Dead). The forty-two peaceful and fifty-eight wrathful deities are the basis for the iconography depicting the subject of the 'Bardo' - Tibetan Book of the Dead. The 'Terton' Karma Lingpa, in the 14th century, is credited with the discovery of the 'treasure text' known as the Liberation Through Hearing in the Bardo, a text intended to be read to the deceased with the wish to influence positively the subsequent rebirth.

It is very difficult to distinguish between paintings of the One Hundred Deities of the Guhyagarbha and the various later 'Revealed Treasure' traditions of the Peaceful and Wrathful Deities of Karma Lingpa, Ratna Lingpa and others. 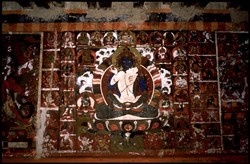 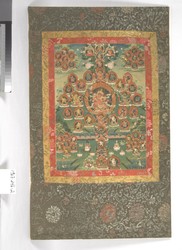 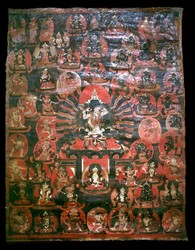 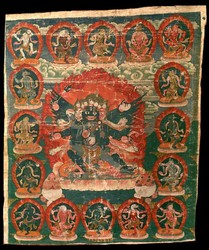 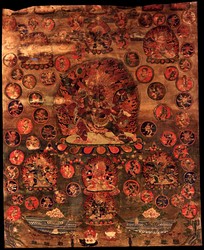 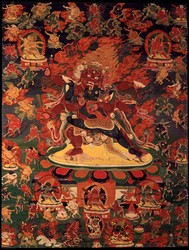 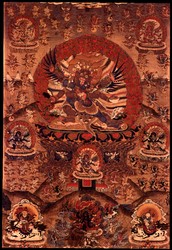 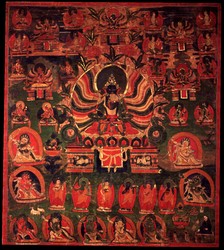 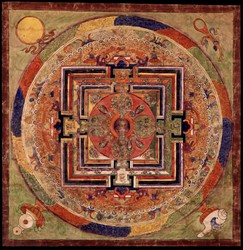 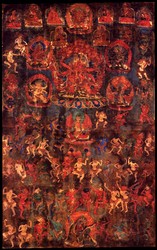 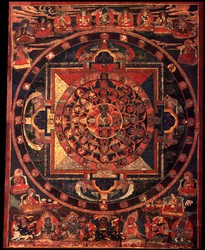 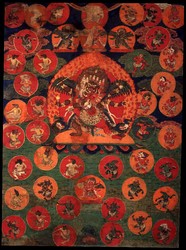 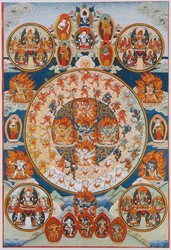 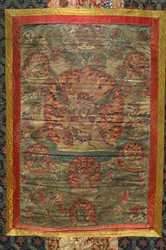