The term 'tradition' is very broad and often includes many different styles of painting appearing over a short or very long length of time. The term 'style' generally denotes a region or specific location, or an individual artist style of painting. In some cases 'style' could refer to the murals of a specific monastery where the drawing, colour palette and composition is similar enough to be considered of the same style. Some monasteries and temples deliberately employ different styles such as during the building and decoration of Yangpachen Monastery with some chapels painted in a Menri style and others in a Khyenri style. 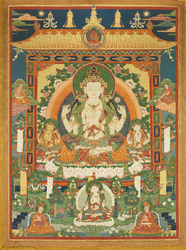 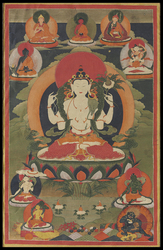 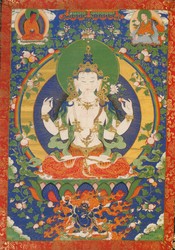 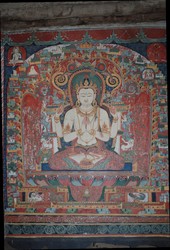 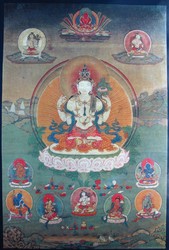 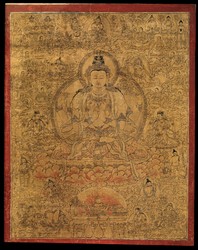