If Shanglon can truly be counted as being a form of Mahakala then he should properly belong to the Bhagavat Class.

Shanglon Dorje Dudul is the special protector of the Tibetan Medical Tradition, lineage and texts. There are two main forms of Shanglon. The first is a [1] seated wrathful figure that has three different forms: Outer, Inner and Secret. The second form is associated with the [2] Yutog Nyingtig and is a wrathful Mahakala-like deity that rides atop a horse and has a retinue of eight deities.

Shanglon, often included in the Mahakala category of protector deities, is the special protector for the Yutog Nyingtig Cycle of Terma texts (Revealed Treasure). The main deity of the cycle is Hayagriva with consort. The two Yutogs, known as father and son, are regarded as the founders of Tibetan Medicine. It is also speculated that the first of the two famous Yutog physicians is a creation of Desi Sanggye Gyatso in the 17th century. (See a mandala painting with all forms of Shanglon depicted in the composition).

The Outer Accomplishment form of Shanglon is commonly found as a minor figure in paintings of Medicine Buddha. Shanglon is not commonly found in art prior to the 17th century. The Himalayan Art Resources website has no examples prior to the 17th century. It is very probable that the popularity in art is due to the promotion of the deity by the Desi Sanggye Gyatso. (See a page of examples).

Both traditions of Shanglon, the [1] Outer-Inner-Secret Trio and the [2] Yutog Nyingtig are descended from the Revealed Treasure (terma) of Draba Ngonshe - responsible for the discovery of the Four Medical Tantras in the 11th century. The Rinjung Gyatsa text of Taranata lists the Outer-Inner-Secret Shanglon within in the Wealth Deity Section of the text just prior to the large section on Protector Deities. 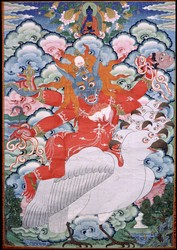 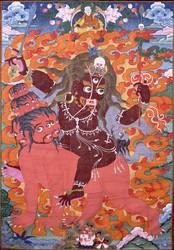 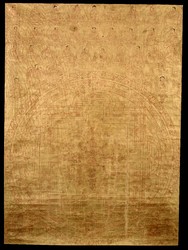 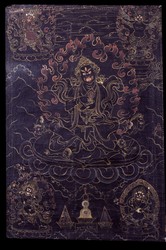 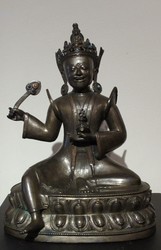 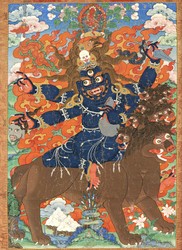 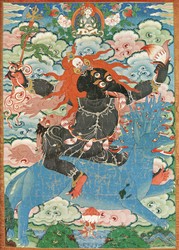 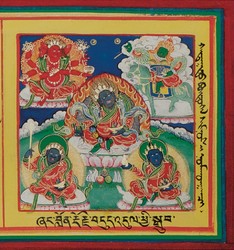 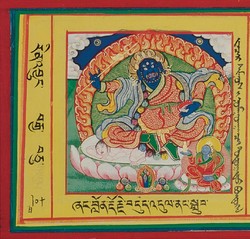 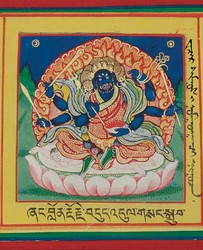 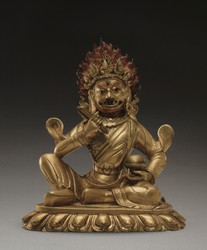 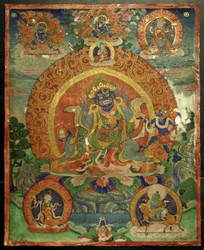