The eight special forms representing eight different time periods and locations in the life story of Padmasambhava. Here the Eight Forms are surrounded by the famous Eighty-four Indian Adepts (mahasiddha) of the Abhayadatta System (Abhayakara Gupta). The depictions of these Eighty-four Mahasiddha are based on the documented descriptions of Jonang Taranata (1575-1635) as commissioned and painted as murals in the Ganden Puntsogling Monastery, Tibet (grubs thob brgya bcu rtsa bzhi'i 'bri tshul bzhugs so). There are some minor variations in appearance such as with Virupa. In this depiction he holds the standard skullcup where as in the Taranata text and other painting sets it is an animal horn used as a drinking cup.

The paintings are in a Khampa Gar, Lhatog, Eastern Tibetan, painting style promoted by the Drugpa Kagyu tradition of Tibetan Buddhism. In quality, colour and brushstroke, the Eight Forms painting set are very similar in style to the Eighty-four Mahasiddhas set which was likely to have been commissioned at a very close time to each other at Khampa Gar. 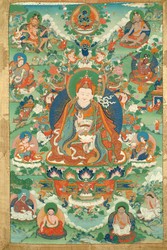 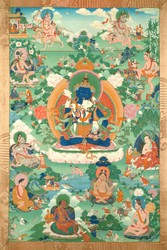 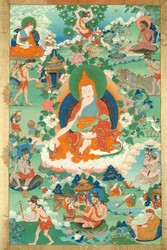 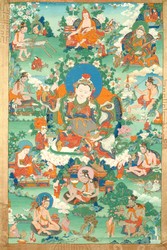 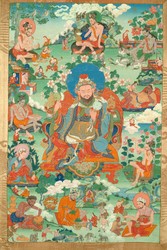 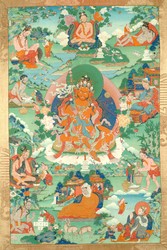 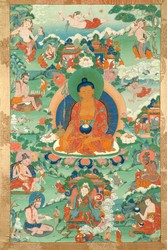 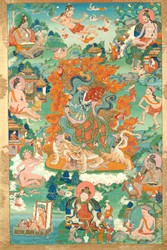 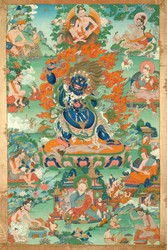