Specialty iconographic forms of Padmasambhava are based on the main form of Guru Rinpoche. They are defined as figures of Padmasambhava that are not in the posture, gestures or with the attributes of the Main Form, i.e. with one of the three types of gesture such as with the vajra at the heart, knee and upraised. The specialty forms maintain the general look, manner of dress and lotus hat of Padmasambhava but are in a variety of postures with various attributes. The Copper Coloured Mountain and the Field of Accumulation generally depict Padmasambhava in his main form.

Some variant forms of Padmasambhava belong to painting or sculpture sets depicting his life story. These are essentially non-iconographic and narrative in purpose.

The standing and embracing forms generally belong to meditation practices and larger cycles of instruction such as the Barche Kunsel and the Ngar Pan Yontan Terdzo just to name a few from the many Revealed Treasure traditions. The Medicine Buddha and Vaishravana forms of Padmasambhava remain popular and commonly reproduced. 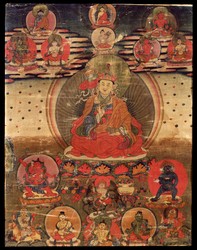 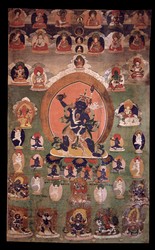 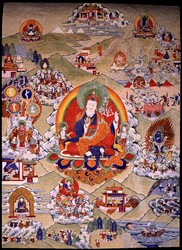 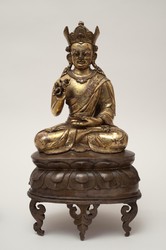 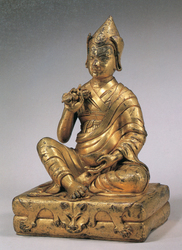 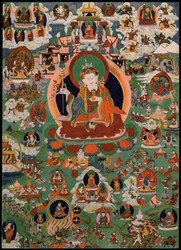 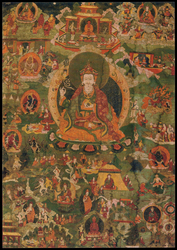 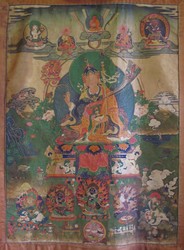 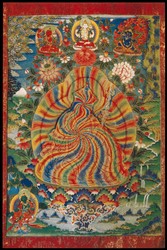 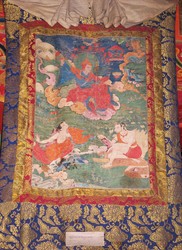 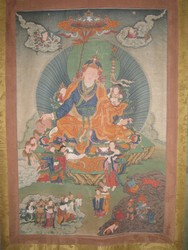 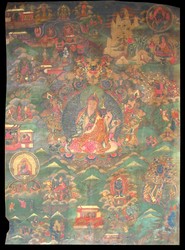