Prior to the first Panchen Lama there were thirteen pre-incarnations commonly represented in art after the 17th century. There are also several lists naming the various pre-incarnations. The longer lists include Padmasambhava and Jowo Atisha.

In the [1] first and shortest list only four Indian teachers are included: Subhuti, Yashas, Bhavaviveka and Abhayakara Gupta.

In the [2] second list Padmasambhava and Atisha are added for a total of six Indian pre-incarnations. In the third and longest list a further four Indian teachers are included. At least two of those are mahasiddhas with one identified as Ghantapa. 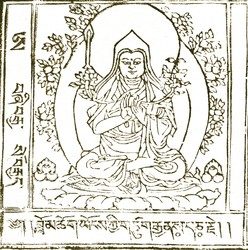 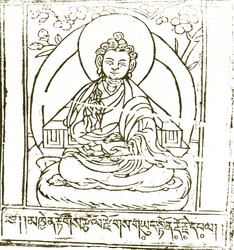 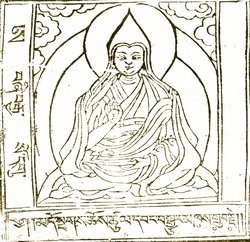 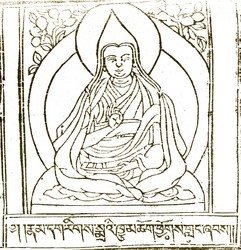 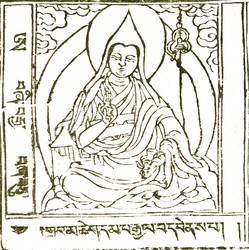 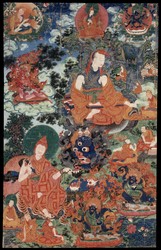 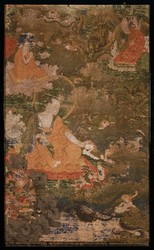 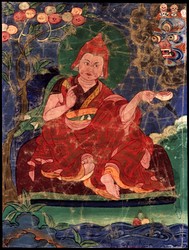 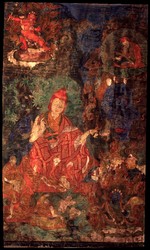 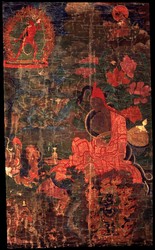