Padmasambhava, an historical figure from 8th century India, is also represented in Tibet as a Meditational Deity with numerous forms. All of these forms arise from a genre of religious texts known as 'terma' - Revealed Treasure texts. The deification of Padmasambhava appears to have been primarily the result of the work of Nyangral Nyima Ozer (1136-1204) and Guru Chowang (1212-1270). 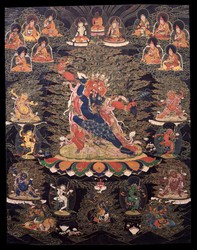 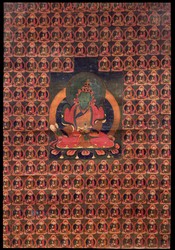 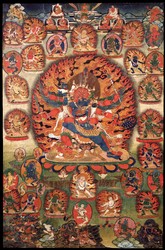 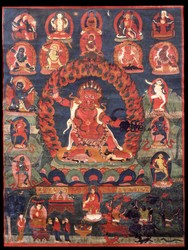 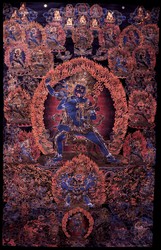 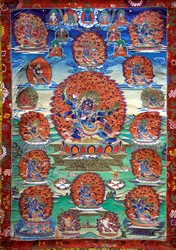 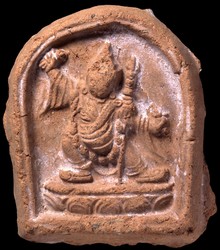 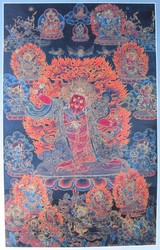 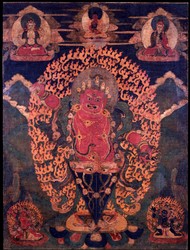 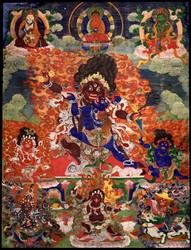 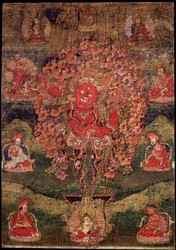