Concerning the life story of Padmasambhava there are at least four different versions of his birth and early childhood. [1] Within the Oral (Kama) Tradition of the Nyingma School, Padmasambhava was born in Northern India as the son of a king, or minister. [2] In the Revealed Treasure (Terma) Tradition he was born on a lotus in Dhanakosha lake, in the country of Oddiyana, as an emanation of Lokeshvara and the Buddha Amitabha. [3] The Treasure King, Dorje Lingpa, revealed a number of Buddhist and Bon treasure texts where the Bon explain a completely different narrative of the life story and have Padmasambhava born in Tibet. [4] There is also some evidence to suggest that Padmasambhava came from South India and that he was the brother-in-law of the Indian Abbott Shantarakshita, founder of Samye, the first Buddhist monastery in Tibet. (See the Nyingma Tradition Main Page and the Nyingma Tradition Outline Page).

There are three main periods of development in the Nyingma Tradition. The first is from the 8th to the 12th century beginning with the founding of Samye monastery and the three important figures of Trisong Detsen, Shanatrakshita and Padmasambhava. Subsequent to that there were a large number of teachers from Tibet, India and surrounding regions who translated and taught a wide variety of Buddhist literature from India, Kashmir, Nepal, Central Asia and China.

The second period of Nyingma development began roughly around the time of Ngadag Nyangral Nyima Ozer (1124/36-1192/1204) and Guru Chowang, Chokyi Wangchug (1212-1270), extending to the 16th century. This 2nd period is characterized by the proliferation of Revealed Treasure (Terma), the unearthing of texts believed to be composed by Padmasambhava and purposely hidden or lost over the previous centuries.

The third period from the 17th century to the present is characterized by the creation of monastic institutions and the formation of the Six Mother Monasteries: Katog, Dorje Drag, Mindrolling, Payul, Dzogchen and Shechen. 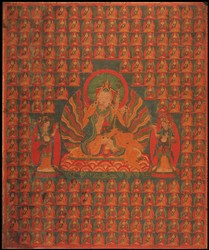 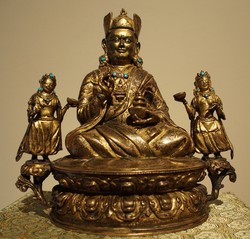 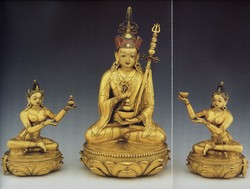 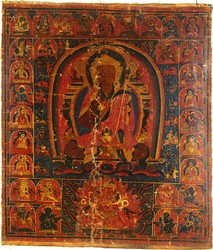