There are many bodhisattva mentioned in the various Mahayana Sutras. The Eight Great Bodhisattva are a later grouping of what are considered the most important. In the Mahayana Sutra Tradition there are several lists of eight and sixteen great bodhisattva. Following that, in the Himalayan and Tibetan tradition, the names are generally listed as found above. In the Pali Sutras only two bodhisattva are mentioned, the historical buddha with reference to his previous lives (Jatakamala), and the buddha of the coming eon, Maitreya, currently residing in the Tushita heaven. The meaning and function of the eight bodhisattva as depicted in Himalayan art is to represent the Mahayana Sutras and teachings along with the congregation of enlightened students of the Buddha.

Garland of Jewels: The Eight Great Bodhisattvas, by Jamgon Mipham. 2008. (Based on the text of Zhuchen Tsultrim Rinchen, 18th century). 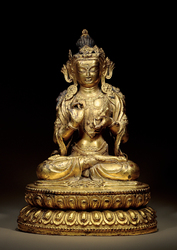 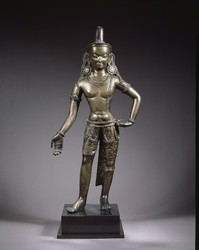