Power Deities comprise the third category of the four traditional Tantric Buddhist categories of deities according to activity type, or function. The function and nature of power in Tantric practice is to accomplish tasks and wishes quickly. Power deities are most often red in colour and generally either peaceful in appearance or slightly peaceful and slightly wrathful. A certain element of danger for the practitioner is associated with power deities and activities in Tantric Buddhism.

There are a further ten well known Tantric categories of deities according to function. The ten span all four levels of Tantra but primarily include and differentiate between the two lowest classes of Tantra, Kriya and Charya.

The Kriya and Charya Tantra levels have their own unique system of classifying deities according to function all though it is not well known outside of scholarly circles. The four activities and the general ten functions are broader and inclusive of all four Tantra levels albeit less precise.

[The images below are only a selection from the list above]. 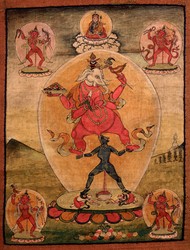 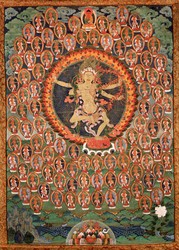 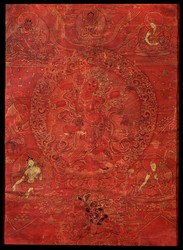 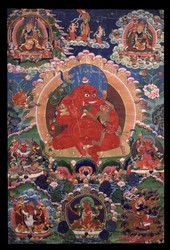 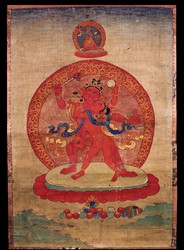 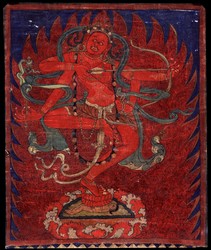 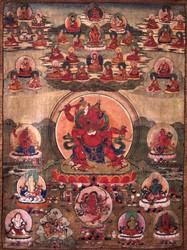 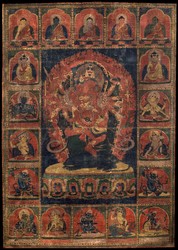 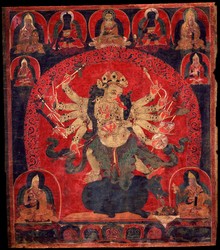 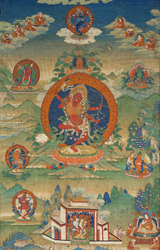 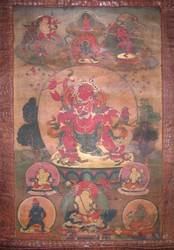